I never know in my practice whether a moment of clearer seeing will have a lasting impact or not. Sometimes the insight feels strong at the time but soon I find I’m trying to make it carry on through will power and the clarity and naturalness of the intention has gone. My steps to 100% veganism dropped back to 90% after a such a process. On the other hand, a fairly subtle and light moment of realisation about stopping drinking alcohol is still going 4 years later.

Another moment of significance from the retreat in Sweden came during a teaching session where I was talking about practising in daily life. On retreat we cut down the amount we read but that’s not necessarily the same off retreat. One comment in the session came from a friend who quoted Sayadaw U Tejaniya saying something like

“Reading is the same as thinking. You should be careful of what you read because it’s just another way of putting thoughts into the mind”.

This struck me with some emotional force. It makes perfect sense but I’d never really thought about it in that way. And yet, certain books I enjoy reading a lot, are thrillers and police procedurals, novels that are full of private investigators and conspiracy theories. There is often a significant amount of violence in the books, though sometimes it is implied rather than explicit. I knew immediately that I would never consciously think those thoughts of murder, intrigue and casual indifference to the lives of others hat I read in books. I would never deliberately have those thoughts enter my mind and yet I placed them there regularly through my reading habits.

I find reading thrillers and their ilk relaxing, particularly when I’m tired or in pain (which is quite a lot of the time) and not up for anything very demanding. And yet, I don’t like that I read them. They are a slightly guilty secret. I’ve stopped for periods of time or read fewer of them, but always started again. So when something clicked in the mind about how much I read, (previous blog) it also questioned the content of my reading. 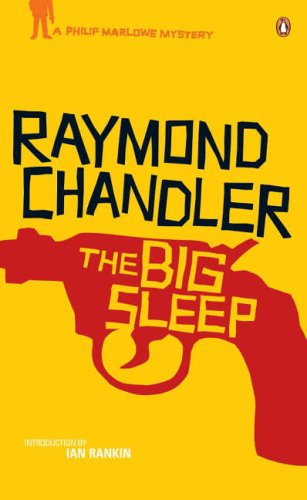 3 days after I returned home from retreat, Jamal Khashoggi was murdered in the Saudi Arabian Embassy in Istanbul. He entered expecting to sign some divorce papers so he could marry his Turkish girlfriend who waited for him outside for eleven hours. Within minutes he had been killed and at the time of writing it is still unknown exactly what happened to his body after his death.

Reports in the media of this awful event were graphic, horribly so. Eventually the more barbaric and savage accounts ended up being replaced by something less gruesome but still very shocking. The ‘story’ has been in the news for over a month and I think something of the vengeful and deceptive nature of it has touched people. I felt more strongly affected than usual by a news item. I was shocked and upset as more details came out over days of reporting. And it is upsetting and horrifying, there is no doubt about it, but perhaps there were additional causes for my thinner than usual skin.

What made me very uneasy was that I could easily have read a very similar account in any one of the fictional spy thrillers I’ve consumed over the years. I felt ashamed that I had read such words for entertainment. This was real!  There was nothing entertaining or relaxing about this story, nor any others of a similar type. If I wouldn’t think those thoughts – and I felt an ethical abhorrence at the thought of it – it had in an instant become untenable to read them for ‘pleasure’. It was as if I had a clear seeing of the perverted worlds I was choosing to put into my mind stream.

I knew that something had changed in my relationship to the content of what I read. At the time, I wasn’t sure how deep this change went. After all, the habit had been strong since I was a young adult, and I wanted to use wisdom rather than will power to see what would happen. It’s now been about six weeks since I’ve read a thriller, or any fiction. There has just not been the interest. And when I do read there is an awareness that is broader than diving into the content. Other senses are involved and there is a knowing of that – touching, seeing and noticing what’s happened in the mind.

I don’t plan to give up reading good fiction – unless of course wisdom thinks otherwise!

glimpses into a meditator's mind

Welcome to my blog. I'm Vajradevi and I'm writing primarily about meditation and the mind from a meditator's perspective. I teach within the Triratna Buddhist Community. I rely on donations for financial support. If you'd like to help me to continue to make the Buddha's teachings available you can give here.